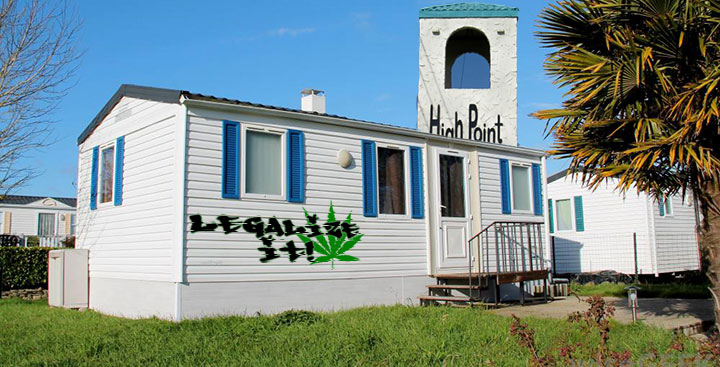 BROOKSVILLE, Florida — Residents of High Point will be making a point about getting high this month.

The 55-and-up community on Highway 50 will play host to Weed-O-Ween, a unique demonstration of support for Amendment 2, the law that would make medical marijuana legal in Florida.

The retirees will dress up as their favorite strain of dank bud and go door to door, where their neighbors will share hits of their most crunk chronic.

“While everyone else is out eating sugary candies, we want to make sure all our neighbors are doing something healthy, like getting their daily greens and partaking in some aromatherapy,” explained High Point homeowners association president Margaret Powell, who said she planned to dress up like a strain called Batman’s Funny Onions. “Some would say that this isn’t a healthy alternative, but man made beer and God made weed. Who do you trust?”

High Point has in recent weeks loosened its homeowners association rules to allow residents to decorate their homes with messages of support for Amendment 2. Some painted slogans like “Legalize It” on their vinyl siding. One particularly talented artist drew a slick-looking alien toking on a spliff saying, “Take me to your dealer.”

The homeowners association also found a way to skirt raising any legal issues. Because of a deal it struck with the county more than two decades ago, High Point pays for its own police department by financing overtime for several Hernando County sheriff’s deputies. But Powell said she did not schedule any of them to work on Oct. 31, the day of Weed-O-Ween. The existing contract also prevents law enforcement from entering without prior consent.

“The po-po’s a no-no this year,” said 67-year-old High Point resident Richard Allen, who plans to dress as a bud of 3rd Nug from My Son. “Things are going to get downright natural and neighborly.”