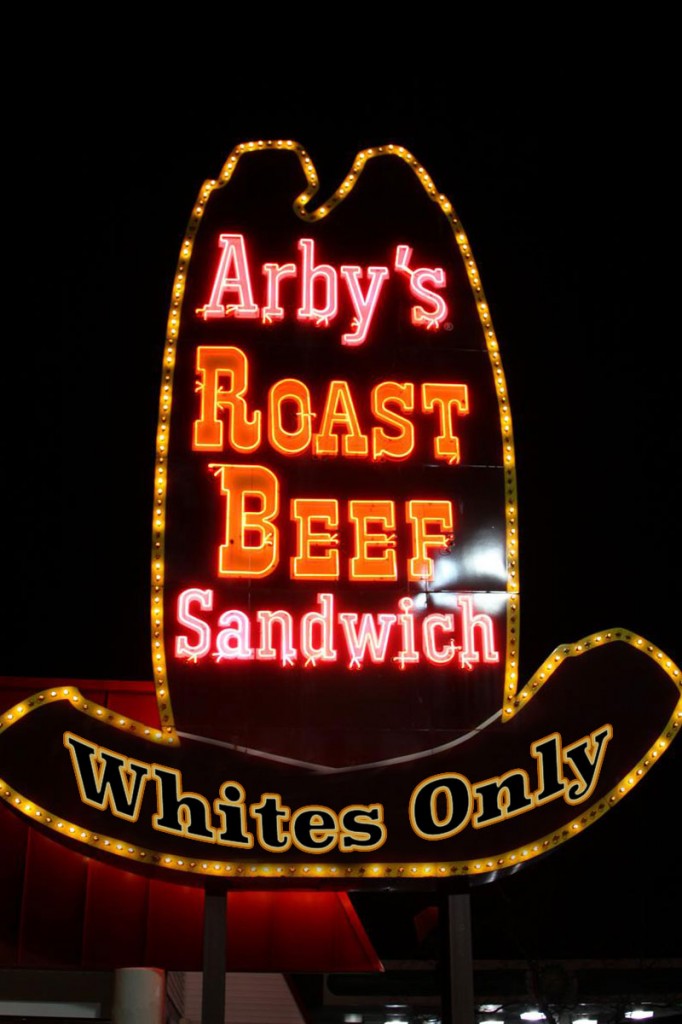 This illustration shows what Hillys may soon see at the corner of Spring Hill Drive and Linden.

SPRING HILL, Florida — A new fast food franchise’s contentious plan to construct a restaurant to serve only white customers has found a legal loophole and as a result was granted unanimous approval at a meeting of the Hernando County Bureau of Business Planning’s executive committee.

Kilgore Dohnner, an Austrian-born entrepreneur, first proposed the plan to build an Arby’s franchise near the intersection of Spring Hill Drive and Linden Drive four months ago. The committee at first shot down the plan, but after Dohnner retooled his pitch to present the restaurant as a private club and show state law allows it to then discriminate against customers, the board had to approve the plan or face a costly lawsuit it was not likely to win.

Dohnner met with several members of the media following the meeting and said defended a plan many have labeled as racist.

“It’s not that I don’t want to feed people of other races or cultures because hungry bellies are all the same color — a very deep pink,” Dohnner said. “I am simply trying to serve a core market of people who want nothing more than to eat their delicious, cheese-slathered roast beef sandwiches in peace and near other people who look, sound and act the same as them. They have the right to do that, don’t they?”

Several members of the HCBBP’s executive committee expressed their regret, too.

“Make no bones about it: Mr. Dohnner is a race-baiting son of a gun,” committee chairman Louis Tilbore said. “I am sincerely sorry for the people of Spring Hill and Hernando County, but our hands were tied.”

An Arby’s corporate spokesman said this week that the organization does not approve of Dohnner’s plans but said the company did not have the money to repay Dohnner his franchisee fee, which the restaurant owner would be due immediately if the fast-food chain revoked his legal ability to run a franchise.

“Frankly, we’re disgusted,” Arby’s spokesman Todd Gillcraft said. “But to be honest, we’re facing some financial hardships the same as everyone else, and we made an unwise decision to spend Mr. Dohnner’s franchisee fee before we learned of his plans.”

Dohnner pointed out that the restaurant’s founder, Leopold Arby, was an Oklahoma cattle rancher who was known for holding several Native Americans as slave laborers as late as 1922.

“That man wasn’t exactly a saint,” Dohnner said. “And I’m not even enslaving anyone. I’m just trying to have a nice, peaceful business that contributes tax dollars and provides a needed service to white people.”