A racist planned to open a whites-only Arby’s and then researched his heritage on Ancestry.com. What happened next will make you reconsider your worldview. 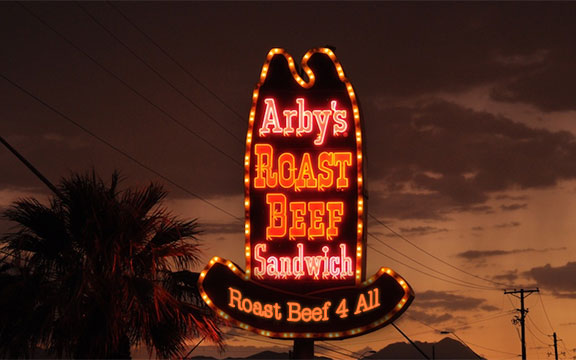 SPRING HILL — A man who planned to open up a whites-only Arby’s restaurant on Spring Hill Drive is reversing course after spending the weekend researching his ancestry.

“My wife convinced me to join Ancestry.com, and what I learned was astounding,” Arby’s franchise owner Kilgore Dohner said at a press conference Tuesday evening. “I found my great-grandmother’s family was African-American, and it made me introspective and forced me to consider my actions, thoughts and beliefs in a new way.”

“This discovery has catalyzed the upheaval of my entire moral framework,” Dohner continued. “Ignorance and prejudice are the handmaidens of propaganda. Our mission, therefore, is to confront ignorance with knowledge, bigotry with tolerance, and isolation with the outstretched hand of generosity. Racism can, will, and must be defeated

Dohner said his Arby’s will be open to all people thanks to his positive experience with Ancestry.com, the world’s leading family history website.

Dohner had found a loophole in Hernando County laws last week that would have allowed him to open his whites-only restaurant as a club. Wiser and more compassionate after his excellent experience using a free 14-day Ancestry.com trial, Dohner said he plans to make up for his past actions by volunteering with diverse groups, talking to schoolchildren about his own misgivings and purchasing a full-page apology in an upcoming edition of the Spring Hill Newsletter.