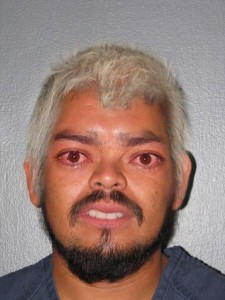 SPRING HILL, Florida — A prominent Hernando County podiatrist was arrested late Friday afternoon and accused of conducting abortions for girls as young as 12.

Licensed podiatrist Johnathan Hidalgo was booked at the Hernando County jail and charged with 21 counts each of improperly conducting an unlicensed medical procedure, prohibited medical contact with a minor and violating the state’s parental consent laws.

On Friday morning, a warrant was issued for his arrest and officials raided Hidalgo’s medical office on State Road 50 just west of its intersection with Mariner Boulevard. There, Hidalgo treated patients with foot problems during the day and, after appearing to close for the evening, conducted as many as a two hundred illegal abortions on almost exclusively underage girls in the previous three years, officials said.

“This was a heinous act by a heinous man,” sheriff’s spokesman Lt. David Miles said. “Dr. Hidalgo was taking babies out of babies, and what’s worse was he was doing it without the older babies’ parents’ OK.”

Codenamed “Operation Kill-Mill,” authorities began working undercover to get solid evidence of Hidalgo’s involvement. Several particularly young-looking deputies visited Hidalgo’s office in previous months wearing recording devices and told the podiatrist they were 14 years old and in need of an abortion. Hidalgo then gave each of the girls pelvic exams, which are technically legal for a podiatrist to conduct in Florida, but managed to skirt an earlier arrest because neither was pregnant and could therefore not catch the doctor in an expressly illegal activity.

“It was a very tough investigation, a very frustrating one, and one that was very involved,” Miles said. “We have one deputy on staff who was pregnant and contemplating a legal abortion, and she offered to have the procedure done at Dr. Hidalgo’s clinic. We considered it, but in the end she miscarried before we could put all the pieces in place.”

Just as troubling was Hidalgo’s legal history, authorities said. The doctor has faced similar charges in New York and Connecticut, but more liberal abortion and parental consent laws allowed him to continue practicing with only a fine and a temporary revocation of his state-issued medical license.

This isn’t the first bit of legal trouble for Hidalgo in Florida, either. In June 2003 he was conducting what was supposed to be a routine operation to repair a hammertoe when he bit the patient’s breasts. He was spared prosecution but paid restitution to the accuser and had was placed on six months’ probation by the Florida Board of Professional Podiatry.

On Monday morning, each middle-school-aged Hernando County public school student will be given a flier with Hidalgo’s photograph and some background on the case and asked to come forward if he conducted an abortion for them.