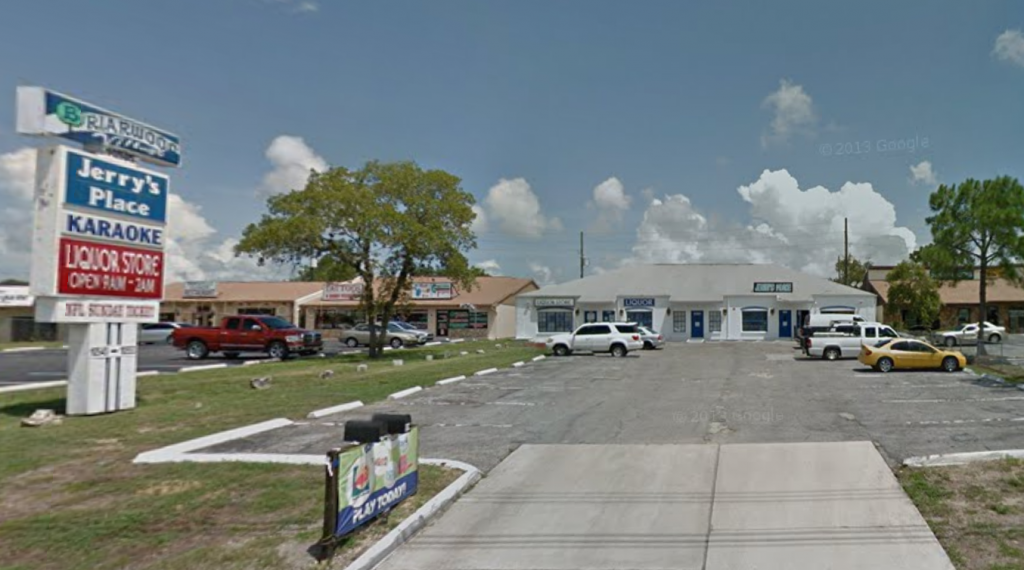 Jerry’s Place on Spring Hill Drive will soon be replaced by a mosque.

A controversial Muslim leader won approval this week to convert a small plaza on Spring Hill Drive into a mosque and is now setting his sights on winning a contract with the school district that would allow him to preach in public schools once a week.

“This is a very clear victory for the little guy,” Pilpits said. “For far too long this county has done everything in its power and more to prevent Muslims from practicing their religion. The zoning czar did his best to stop us, the old folks community on U.S. 19 slandered me, and yet here I am building my mosque and acting as a walking example of the American dream.”

Pilpits will build the mosque on the site of the Jerry’s Place.

“It just seemed like such a perfect place to build a portal to the heavens,” Pilpits said. “Hopefully our holy presence in that plaza will help exorcise all of the sins so many single, middle-aged people drunkenly made there.”

Just minutes after winning the right to convert the plaza just West of Spring Hill Drive’s intersection with Mariner Boulevard, Pilpits dropped off a bid at school district offices that could allow him to give religious sermons in public schools once a week for two years.

The school district announced in January that, due to severe budget cuts, it would allow private organizations to recruit on its campuses if they were one of the four highest bidders. The previous three slots have already been won, but none has been as controversial as Pilpits’. In one instance, a club basketball program has used its bid to put on demonstrations; in another, a group of retired Naval officers have used the time to teach fire safety; and the third slot was won by a local bakery that recently used its first two school visits to offer students free doughnuts.

But Pilpits said he plans to preach in his slot, an action that has drawn ire from many parents of Hernando County schoolchildren.

“This man is literally going to go into our children’s classrooms and tell them to be Muslim,” said Kay Willmington, who said she would pull her son out of his first-grade classroom on the days of Pilpits’ preaching. “Our founding fathers are rolling in their graves right now because they were all so Christian.”

Pilpits was born in a suburb of San Francisco, Calif., in 1968. He went to a liberal arts college near Spokane, Wash., where he studied political cartoons and in the mid-1990s took several computer programming courses taught by former South Florida computer engineering professor Sami Al-Arian, who in 2006 plead guilty to aiding a designated terrorist organization.