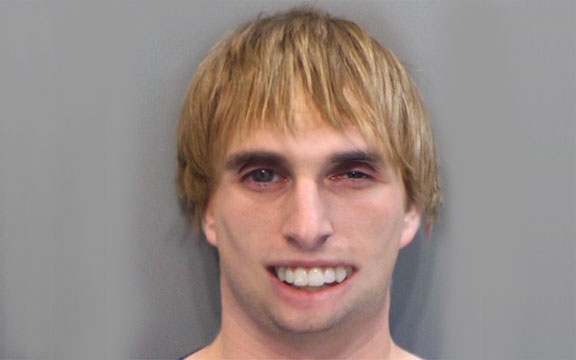 Patrick McHaffey was taken into custody during a predawn raid of his mother’s home early this morning in the culmination of an eight-month investigation. He is charged with altering vital records and three counts of statutory rape as police say he had three girlfriends over the course of the school year.

“When we first apprehended Mr. McHaffey, he claimed he had done this only to further his education,” said Spring Hill police spokesman Henry Gravyman, who briefed the media on what police dubbed Operation Grampa Snapchat. “But as we dug further into the evidence, we found girls’ names with hearts scribbled in his notebooks. That’s when his web of lies unravelled.”

Hernando County authorities first became aware of McHaffey in August, when they say a secretary at Powell Middle School raised questions after a bearded McHaffey registered himself for school and a teacher noticed he had driven himself on the first day of classes.

McHaffey proved difficult for police to ensnare, however, because he soon began shaving and taking the bus, where authorities say he was written up three times for getting into fistfights, twice with other students and once with a substitute bus driver.

Police say McHaffey finally gave himself away last Wednesday when an undercover detective assigned to the case followed him to a Hooter’s restaurant in Clearwater, where he used his driver’s license to purchase beer and in turn revealing that he was in fact a grown man and not a seventh-grader.