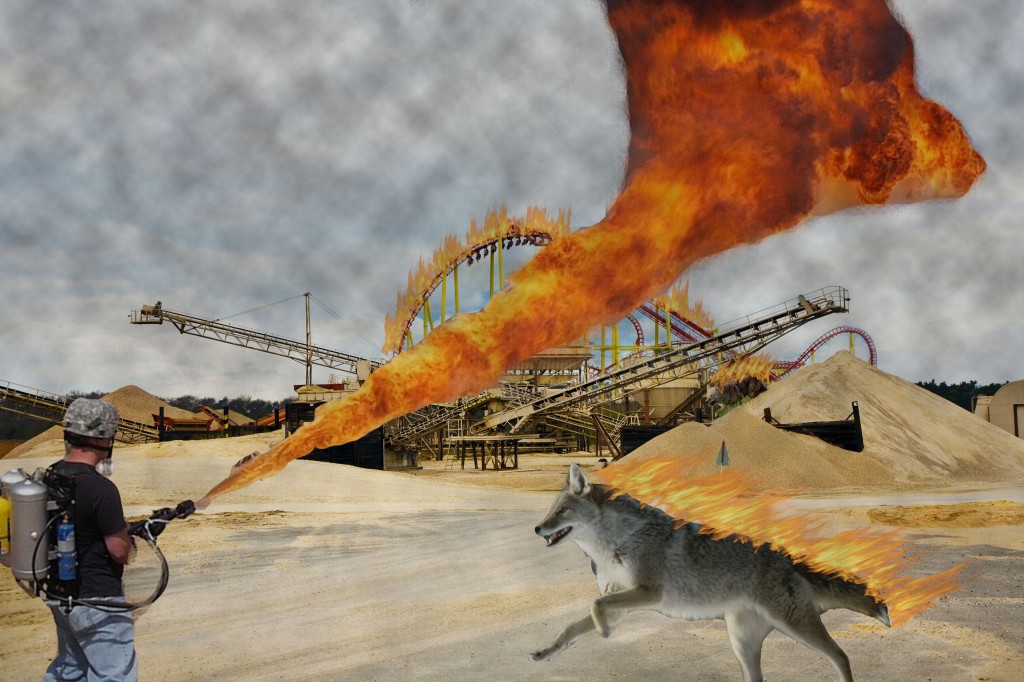 SPRING HILL, Florida – A pseudo-military task team stormed the Six Flags construction site Saturday and torched the property, running off the coyotes that took it over months ago and turning tens millions of dollars of investment into ash.