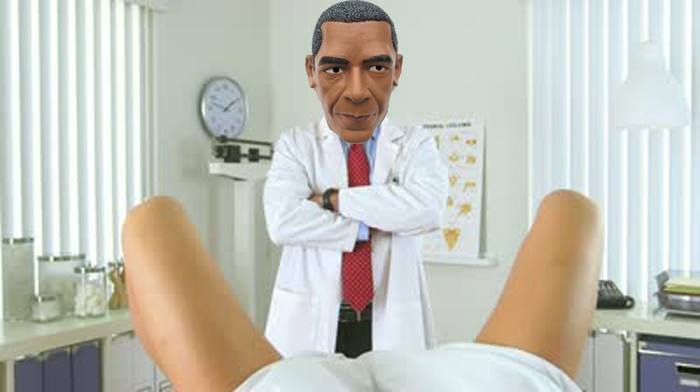 A Spring Hill obstetrician has taken to seeing patients while wearing an Obama mask.

SPRING HILL, Florida — It’s one thing to protest the Affordable Healthcare Act with words and petitions. Dr. Frindle Babbin, of Babbin Obstetrics, has put his disdain for what has become known as Obamacare by wearing a mask of President Barack Obama while seeing patients.

“Barack Hussein Obama is playing doctor with our freedoms, and I can’t run my business the way I want to under this reform. … It might as well be him treating these women, so I will oblige” Babbin said.

One of Babbin’s patients, Anne Devine, described the mask as unnerving.

“It’s real weird,” Devine said. “It’s not a good mask. You can tell he got it from somewheres cheap”.

Another patient, Gloria Kilgrue, said she had a similar experience.

“He’s very professional still, I mean, he’s a great doctor,” she said. “I just feel like Mr. Obama could fix all this is he would just stop this Obamacare”.

Since Babbin isn’t technically breaking any laws, he said he plans to continue practicing until he sees some results. Several of his technicians have followed suit, wearing the masks of public figures they personally disagree with in some way.